Naira Marley’s “Soapy” Song Goes Wrong; You Will Hate It After Watching This Video

Two weeks ago, Nigerian rapper, Naira Marley released a controversial single, ‘Soapy’ as well as the dance routine that came with it. The latest song has, against all odds, climbed up to the top of music charts to become the number one song in the country at the moment. The song is currently the topmost song on Top 100 Nigerian Songs on digital music streaming platform, Apple Music.

Meanwhile, when Naira Marley dropped “Soapy” over a week ago, there were various criticism from almost every corner of the industry as many music fans expressed rage at the singer promoting immorality among the youths through the song, giving the notion that the song would vanish just as it suddenly came.

However, it has now become a big surprise that despite the negative reactions the song drew towards itself, Nigerians have still decided to make it the most in-demand song in the country. As the song has surged in numbers and up the charts, criticism for the song and the accompanying dance have also soared.

This would be the funniest video you would watch today

Since the release of “Soapy Dance”, everyone has been going gaga both home and abroad. The dance style is one that mimics a man m@sturb@ting, and has seen men act immorally in public, even to the extent of s><ually harrassing women in the process of doing the dance. 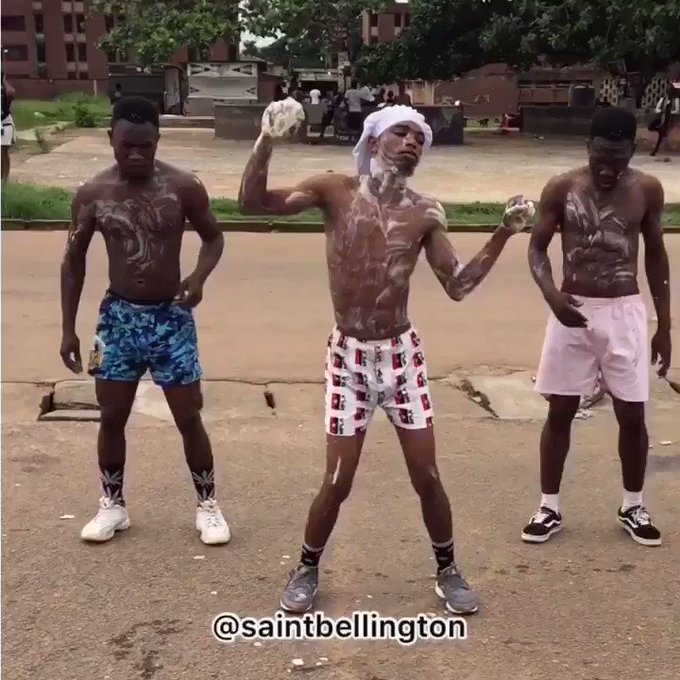 #tacha is here hold your #soapy.

Since Naira Marley released the song, different youths have been indulging in publicizing their immorality through the dance steps but then these guys took it to the lowest of immorality with this rubbish they did and shared on social media. Watch the disturbing video here

Nigerians have continued to criticise the dance and calling for its ban because of the indecency portrayed in it. This is the highest height of indecency caused by a song ever witnessed.