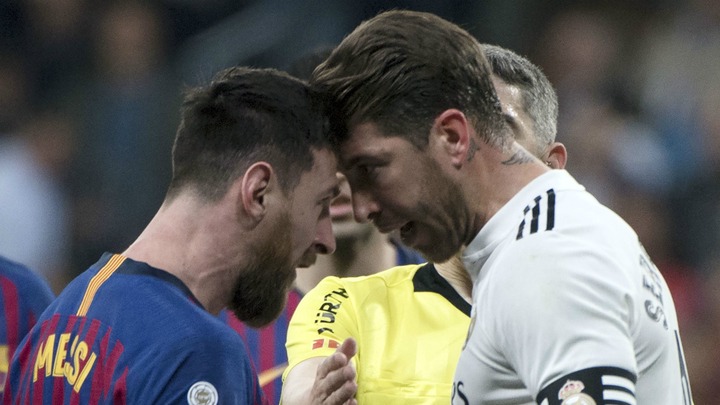 FC Barcelona and Real Madrid are level on points at the Spanish La Liga summit and both face off in the rearranged El Clásico clash on Wednesday.

Madrid travel to Catalonia to take on title rivals Barca in the midweek clash.

The Catalans sit ahead of their great rivals on goal difference with both on 35 points.

Lionel Messi failed to score in their trip to Real Sociedad.

After a difficult start to the season, Barca have lost just one of their last 17 matches in all competitions.

Coach Ernesto Valverde feels they are clicking into gear at the right time.

“We’re in a good way. It’s good to see this kind of consistency. We had to come through a difficult spell to get to where we are now.

“We had difficulties, with a number of forwards injured and they had to try and get back into form on the hoof, with little time.

“We always have to win at this club, the players know and feel it. We are really happy with how things are going and we’ve shown once again that we always want to win, whoever we play ,” he said.

Meanwhile Real Madrid, who have won eight of their last 11 in all competitions, travel knowing that their chances are even at Camp Nou.

They secured a point in their last away trip (at Valencia), with an impressive victory also coming away in the UEFA Champions League last week despite missing nine first-team regulars through injury.

Real Madrid head coach Zinedine Zidane is set to armour-plate his team at Camp Nou with the return of Casemiro to the starting XI, after the Brazilian was rested as a precaution against Valencia as he is currently on four yellow cards.

Having started all 21 games this season, the Mestalla game was his first respite of the season.

The colossal Brazilian has started in all of the club’s La Liga matches this season.

Hernandez Hernandez will be in charge while De Burgos Bengoetxea will take care of the VAR.

Barcelona vs Real Madrid Where To Watch ElClasico Live