#Davido Shut down and Gifts Fan N1,000,000 During His #AGoodTimeWithDavido Concert | See Pictures

I think it’s high time we removed the first ‘O’ in Davido’s nickname and called him Baba Olowo instead of Omo Baba Olowo (OBO), because he has repeatedly proven to us that money is not his problem and will never be his problem in this life. The ‘Risky’ crooner, during his #AGoodTimeWithDavido concert which held at the Energy City, Eko Atlantic called out a fan and promised him the sum of One million Naira after asking him where he studies, what course and what level he was in. 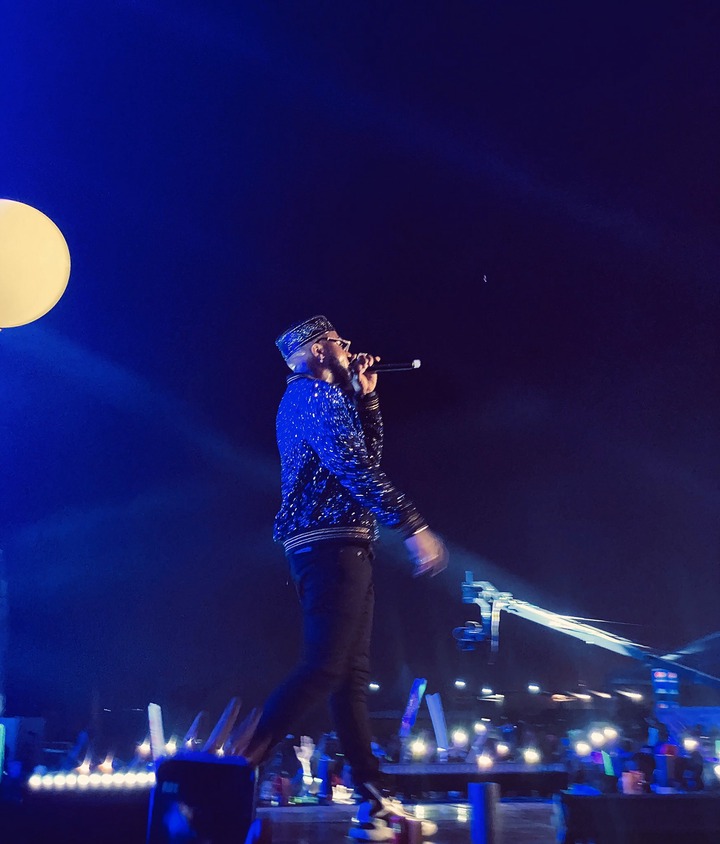 Videos and pictures from the concert show that it was really lit. That’s to be expected as there were performances from other top artistes such as Kizz Daniel, Peruzzi, Zlatan and Broda Shaggi.

The venue for the concert was filled to over-flowing.

Davido also gave room for some upcoming artistes to showcase their talents.